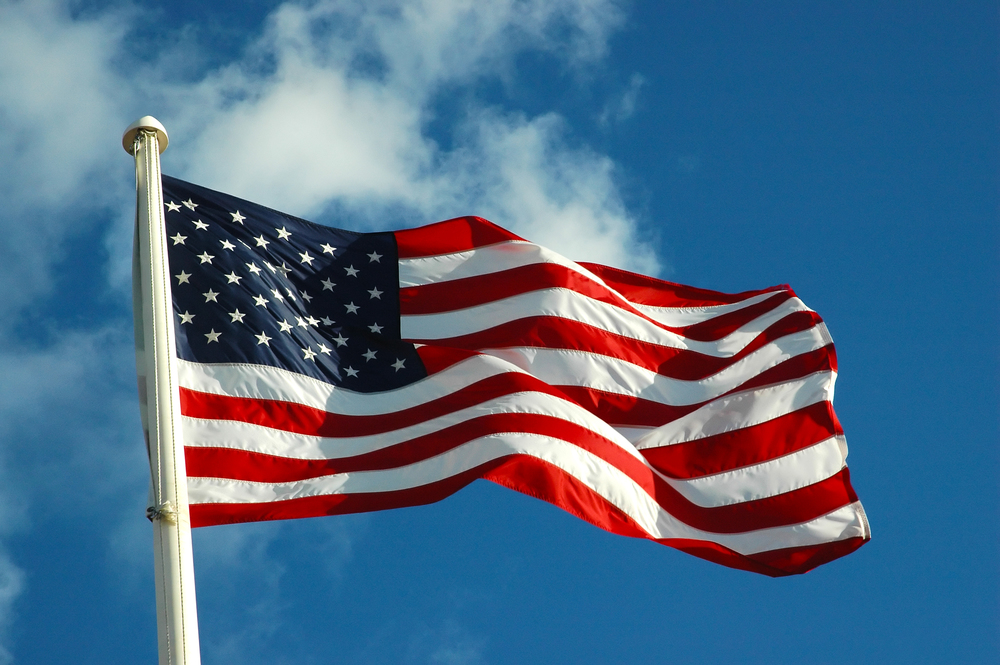 Thursday, the Gasconade C-4 family retired our American Flag which had been proudly flying over the school for almost 10 years.  Traditionally, an American flag is only flown so long as it is physically fit to represent the United States. The school's flag had served us well, but its colors were fading and it had begun to develop some fraying.

Ms. Lane, whose homeroom is in charge of raising and lowering the flag each day, began to notice the worn state of the flag at the end of last year.  Wanting to give the flag the respect it deserved, she reached out to a parent, Sargeant Craig Williams, USMC, Retired to help properly lay the flag to rest.

Students gathered on the ball field to learn about the flag and what a retirement ceremony looks like.  Mr. Williams explained what the flag represented and why it should be respected.  He also spoke about when a flag should no longer be flown and why it was important to retire it properly.   Students also learned that there is more than one way to properly destroy a flag - by burning, by burial, or by separating each piece of fabric from the flag.

The ceremony began with a presentation of the flag. It was then saluted for the last time by the entire student body during the Pledge of Allegiance and the singing of the Star Spangled Banner.

After the pledge and the national anthem, Mr. Williams, with the help of his wife, folded the flag for the last time.  In the background, a moving explanation of what each of the ten folds of the flag represented played over an instrumental version of the Star Spangled Banner.   Folds represented various things including members of the armed forces, mothers and fathers who gave their sons and daughters to serve, and life.

Traditionally, the flag would be consumed by fire at this time.  However, for safety reasons, Mr. Williams instead placed it in a basket with a fire emblem to represent burning.  He explained he would take the flag with him and burn it privately at a later time.  As the flag "burned" in its basket, the students and Mr. Williams gave one final salute.

All in all, the ceremony was a wonderful tribute to the flag that has represented the school and the nation well for a decade.   It was a great learning opportunity for the students and gave us the opportunity to show pride in our country.  It was a very moving and memorable event for all involved.